Every Audi TT is noted for its clear lines, unmistakable dynamism and the driving characteristics of a sports car. Audi now presents the TT in its most purist form: the clubsport quattro study.

The goal that the development engineers set themselves for this vehicle study was to achieve purism at a premium level. No hood, no A-post – instead, a wraparound windscreen kept extremely low which deliberately evokes images of a speedster. The flat, slightly tinted window strip surrounds the cockpit. The panoramic windscreen and the two humps located behind the interior in place of the hood compartment are reminiscent of a racing car. The rollover bars familiar from the TT Roadster are kept flatter and are the same height as the sports bucket seats.

The front end is dominated by the single-frame grille which has aluminium inserts to give its design a horizontal emphasis. This makes the TT clubsport quattro appear even flatter than it already is. The four rings of the logo are not located in the grille as on most Audi models, but on the bonnet. The large air inlets in the front end supply additional air to the more potent TFSI engine. LED daytime running lights provide an eye-catching highlight at all times of day. The visible stainless steel rear silencer is the striking feature in the rear bumper, while the blade under the rear silencer visibly underscores the vehicle's sports character. The dual-branch exhaust system with its oval tailpipes calls to mind the sporty Audi production models such as the RS 4.

There is a deliberate lack of visual interruptions in the side line and you will look in vain for door handles. The TT clubsport quattro is opened by remote control: the doors spring open at the press of a button. The size of the two exterior mirrors has also been minimised. 20-inch wheels with tyres of size 265/30 R20 emphasise the car's muscular appearance, as does its track width which has been increased by a total of 80 millimetres compared with a production TT. Not only that, but the wheel arches have also been enlarged additionally.

The car is painted Daytona Grey, a colour that Audi used for the first time on the RS 4 and the S8. The exterior design features dark shades of grey. This forms a contrast with the metallic elements, with the grille and side grille in Gun Metal, a steely colour which imbues the TT clubsport quattro with a look which is both sporty and pure. The brake callipers, the orange colour of which links the exterior design to the interior, provide a visual contrast. These bright colour highlights also provide attractive visual touches in the interior, on elements such as the instrument cowl, the armrest and on the back of the bucket seats. The black leather seat itself also boasts a special feature in the shape of a laser pattern worked into the seat. This was specially designed for the TT clubsport quattro and plays on the TT logo.

The sports character demonstrated by the exterior design is continued inside the car, where purism was also the driving element. Racing bucket seats are provided for both occupants. Together with four-point belts that are three inches wide, these offer both driver and passenger excellent support, even in extreme driving situations – on the racetrack, for example. The generous use of aluminium is characteristic of Audi. This starts with the steering wheel which is adorned with a twin spoke crafted from this lightweight metal. The pedals are also made of aluminium and exhibit a grooved structure. They consequently not only afford a better grip, but also help to save weight. Foot rests are provided for both driver and passenger in the TT clubsport quattro.

The gear lever gate adopted from the new mid-engined sports car, the Audi R8, and the aluminium gear knob are a joy to behold. This lightweight metal is also used for the door pull and the door opener, both of which are cut-out, a feature which further underlines the interior's purist character.

The sill area has also been restyled compared with the production model. Rather than being interrupted by a sill strip, it now emphasises the width of the car. A new door sill trim located further inside the car, along with floor mats sporting the TT logo as an aluminium inlay provide further visual highlights. The surrounding strip on the top shoulder is also made of this lightweight metal.

The Audi designers came up with a special idea in the field of entertainment. Instead of the middle of the three round air vents in the upper part of the dashboard, they integrated an interface here, designed among other things for the B&O MP3 player BeoSound 2. The round player built by Audi's premium partner fits exactly into the circular opening and is a sheer delight for the senses, both visually and acoustically.

The instrument cluster is very different from the one in a production model. The vertical needles and colour graphics are the eye-catching features. The clock and odometer have been omitted in keeping with the car's underlying purist philosophy.

The racing character of the Audi TT clubsport quattro is underscored by its technology. The Audi engineers have packed the 2.0 TFSI engine with even more power than the 260 bhp familiar from the Audi S3. The turbocharged four-cylinder unit with petrol direct injection breaks the magic 300 bhp barrier. Thanks to a modified intake manifold, it has been possible to get even more power out of this highly efficient engine (which was "Engine of the Year" in its class in 2005 and 2006). Power is transferred to all four wheels, making the TT clubsport quattro the first new-generation TT with four-cylinder engine and quattro permanent four-wheel drive.

The transmission is also new in this performance category. Thanks to its dual clutch, the S tronic direct-shift gearbox changes gear virtually without interrupting the flow of power, a process that goes unnoticed by the driver. The six gears can, however, also be changed manually, with gearshifts taking just fractions of a second.

Anyone opening the bonnet will be met by a fascinating sight. Thanks to a lack of cables and auxiliaries, the engine compartment looks extremely clean. The engine has deliberately not been hidden under a cover. The cross brace running above the engine is a technical stroke of genius. It not only makes the car more rigid, but also contains the coolant expansion tank. The ABS system has been moved from the engine compartment to the interior. The air conditioning and activated charcoal filter are not to be found in the engine compartment either. A racing air filter ensures that the engine takes in a sufficient amount of air. The exhaust system has been adapted to suit the car's sporty performance: the specially tuned exhaust emits the genuine sound of motor racing.

Ceramic brakes are fitted in the TT for the first time. These are absolutely non-fading and enable countless sharp braking manoeuvres without any loss of stopping power. Once again, Audi has taken advantage of its superior wealth of experience: ceramic brakes are already offered for the RS 4, the A8 and S8, for example, and are enjoying increasing popularity with customers.

The Audi TT clubsport quattro is a purist driving machine that combines the performance of a sports car with a unique design language. It consequently remains a TT on the one hand, while at the same time demonstrating just what is possible with such a fascinating production vehicle. The possible small-series production of this model is being considered.

The 26th Wörthersee Tour from 16 to 20 May 2007 will celebrate two firsts this year. AUDI AG will be represented for the first time as a manufacturer at the legendary meet in Reifnitz am Wörthersee. The car fans, who are expected to number more than 200,000, will also be able to enjoy a world premiere: The concept car Audi TT clubsport quattro.

The Ingolstadt company will be making its debut in southern Austria this year to satisfy the many Audi fans there. In recent years, the Wörthersee Tour, better known as the "GTI Meet", has become a magnet for high-performance enthusiasts and fans of the Audi and VW brands. In 2007 too, it is anticipated that more than 200,000 visitors and around 50,000 vehicles will converge on the Carinthian Lakes region to attend the event, which is being held under the slogan "The lake is calling".

A particular highlight will be the world premiere of the Audi TT clubsport quattro study, when Audi will be presenting a very special TT model. TT and A3 models in a wealth of sporty road versions and a number of dazzling special versions will also be on show. To further fire the enthusiasm of the car-mad international audience, Audi will also be displaying the A3 that will be on the grid at the next 24-hour race at the Nürburgring. The mid-engined R8 sports car, the RS 4 Cabriolet and the brand-new S5 will round off the contingent of sporty Audi models.

To ensure that visits to the Wörthersee Tour are an unforgettable Audi experience, drivers of cars built by the brand with the four rings can have themselves and their vehicle photographed at the stand. There will be a choice of four different backdrops to set the right scene for the photographs.

Audi's debut in Carinthia reflects its support of the meet for car enthusiasts and comes in response to the ever-increasing passion for the brand. Besides a wealth of other stunning exhibits, for visitors to Reifnitz, the Ingolstadt company's world premiere of the TT clubsport quattro will be an undisputed highlight of the Wörthersee Tour 2007. 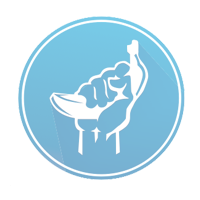